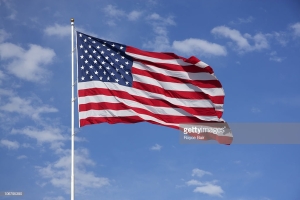 What will he be remembered for?

Well, managing the end of the Cold War, a campaign begun by Reagan, though you could argue the Soviet Union was ready to collapse under the weight of its own economic impracticability.

Elder Bush will be remembered for waging a “good” war against the Iraqi takeover of Kuwait. Even if it was motivated by oil interests, Desert Storm vanquished the ghosts of Vietnam. The bad guys were demonstrably bad, and our reaction withstood scrutiny. I confess to my own private thrill at Schwarzkopf’s campaign (I’m trying not to use the term blitzkrieg). No quagmire to be stuck in, just in and out, and a parade down Fifth Avenue with people howling and weeping in gratitude. The stain of Vietnam extended beyond regret over a wrong war. It was about getting beat up on, when goddammit we’re the United States of America.

And then Bill Clinton took the presidency from George H.W. Bush in 1992.

I remember well that campaign season. I liked the old World War II hero more at the start than I did the roseate, drawling good ol’ boy from Arkansas, though Clinton would become one of our great Presidents, a perceptive leader whose move to the middle helped re-solidify the Democratic Party, and a man whose economic genius led to a rare budget surplus instead of the usual deficits.

Still, the older Bush impressed me. I liked the cut of his patrician jaw. I just liked him. In one interview in ’92, perhaps it was a town hall, someone challenged Poppy Bush’s ability to care about the little guy, rich as he was. Appearing a little stunned, he said, if I paraphrase: “Are you saying that people of means lack a heart, or generosity?” I saw his genuine goodness, and my heart went out to him.

I’m not sure I’d call the elder Bush a Great President. He was a damn sight better than his son, whose Iraq war was absurd, an engagement that, even if it had the shrugging sanction of Daddy, took on (the “surge” notwithstanding) all the earmarks of a mistake. Would it be sane to argue that dropping military anchor in Afghanistan amidst intractable tribal warfare and seated constituencies unwilling to serve our agenda could be called a similarly futile enterprise? Or is the Middle East, like Germany and Korea, a place which, as McCain suggested, U.S. boots must tread forevermore? My beloved English cousin used to speak with disdain about “America, the policeman of the world.” But post-911, the game had to change.

I liked Bush Sr. because, in some fashion, he fulfilled his role as spiritual leader of the American people.

I use the adjective advisedly.

I don’t mean he made us pray in unison. I mean he understood the heart of this great experiment in democracy, was proud of its ideals, and saw his decisions in the larger language of that perspective.

My outrage at the current president is that he is utterly absent this sensibility.

When I think of great presidents, or great national leaders for that matter – Abraham Lincoln, Franklin Delano Roosevelt, Winston Churchill – I think of men who unified their nations. They modeled compassion on a national scale. It would be tough going, they argued, but if we pull together – as we must, as we always do – we will prevail.

These men were scholars. They read books, understood history, knew the intricacies of civil discourse, and had studied and mastered the delicate power of speech.

Maybe it’s true that Obama was too diffident to love the job of being President, or be great at it, as was his Democrat forebear who used to keep people up till 2 in the morning arguing fine points of politics in his beloved White House. But Obama’s vision of America and of his leadership bespoke an eloquent embrace of our fondest sense of who we are. Nobody benefits if one man is stepped over, one racial or ethnic group scorned, one gender or sexual preference underprivileged.

Michelle Obama’s great book, Becoming, mentions with silent and heated pointedness this requirement that a president be a model of careful, studied insight.

Not only is Trump a know-nothing, his ego is so monstrous he’s more invested in playing sides against one another than in unifying us. Sometimes this blindness leads him to outrages made no less defensible that they are unconscious.

“There are good people on both sides,” he said, fending off reporters trying to get him to weigh in on the Charlottesville white-supremacist rally, and his role in unleashing racial hate.

He never saw the repercussions of his remark. Back to the wall dealing with the media, he may have blurted out something to do with Left versus Right in general . . . and that scares me more than anything.

That his rabid constituency continues to support this boor, this Mistake cast on the land, constitutes the single greatest obscenity I have had to witness as an American.

Maybe we’d better get used to it. A good journalist recently wrote it will always be thus. America is Balkanized.

The best we can do is something Trump cannot do. Educate ourselves. And try, as educated Americans, to find common ground among the tribes.